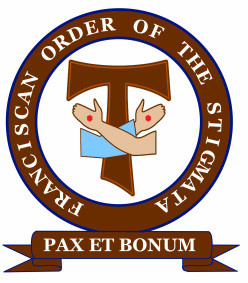 Welcome to the Official website of Franciscan Order of the Stigmata a place of Franciscan spirituality and Christian worship. Our congregation is an ecumenical third order and is open to clergy and laity of both sexes married or single from every jurisdiction. We invite people from all walks of life and accept Liberal or Conservative Christians alike as fellow brothers and sisters in Christ. We are a progressive inclusive order "ancient in faith modern in vision" who follow the teachings of our Lord Jesus Christ after the example set by the lives of Saint Francis and Saint Claire of Assisi. The Congregation has a Retreat Centre near the village of Kimbolton Manwatu on New Zealand's beautiful North Island sitting on five acres of idyllic New Zealand countryside. We also have  hermitages in Scotland, England, North America, Australia and Ghana with brothers and sisters living and working under our rule. We also have plans to raise funds in order to take over an existing church building unused and for sale in the British countryside. Our mission is simple "We preach the Gospels in our actions when necessary we use words" Our brothers and sisters are engaged in various types of ministry from the purely contemplative to Industrial Chaplaincy and homeless outreach and support. While we are not part of the Roman Catholic Church we proudly take our place alongside the many other stand-alone autonomous Franciscan Orders in the world which form part of other denominations such as the Anglican Communion, Orthodox, Lutheran, Liberal, Old Catholic, and Protestant churches. Culturally Catholic we maintain a valid Eucharist believing in the full Seven Sacraments through our valid lines of apostolic successions. We believe we fall within the Category outlined in the RC document Dominus Iesus which was issued during the reign of Pope John Paul II, June 16, 2000, and signed by Joseph Cardinal Ratzinger, Prefect of the Congregation for the Doctrine of the Faith (now Pope Benedict XVI), August 6, 2000. It contains in Section IV: Article 17 foll. "Therefore, there exists a single Church of Christ, which subsists in the [Roman] Catholic Church, governed by the Successor of Peter and by the Bishops in communion with him. The Churches which, while not existing in perfect communion with the [Roman] Catholic Church, remain united to her by means of the closest bonds, that is, by apostolic succession and a valid Eucharist, are true particular Churches. Therefore, the Church of Christ is present and operative also in these Churches, even though they lack full communion with the [Roman] Catholic Church, since they do not accept the [Roman] Catholic doctrine of the Primacy, which, according to the will of God, the Bishop of Rome objectively has and exercises over the entire Church. Therefore Congregations such as ourselves could be considered as near kin churches.

We uphold the spirit and general principles of the Bonn Agreement which although it does not give an extensive description of theological principles on which participating churches must agree and ascribe to rather it describes a concise consensus by which each Church accepts the Catholicity and autonomy of the other. This is the foundation for full communion, but rests on the assumption that each Church maintain the essentials of the faith mainly the three marks of the Church but does not imply that each has to share all of each other churches beliefs doctrines and sacramental practices. Whilst the Bonn agreement was not created for us it complements our spiritual philosophy and helps to foster ever closer ecumenical relations.

We offer a spiritual home a refuge if you like for those good men and woman of God who feel rejected by the mainstream church here you will only find acceptance and love. The orders brothers and sisters are self-supporting and receive no payments whatsoever from the order. They each have opted instead for the true expression of the Franciscan ideal of spirituality and embraced lady poverty. Moreover, if you feel a calling to this spirituality don't hold back fill in the form on our vocation page.

Franciscan Order of the Stigmata is proud to be a founder member of the Franciscan Union an ecumenical religious organization promoting ecumenical brotherhood between the many Franciscan orders throughout the world today. 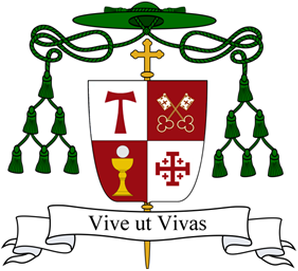 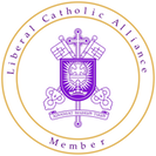